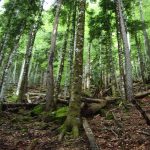 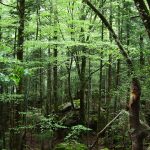 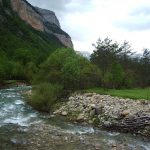 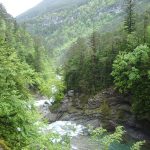 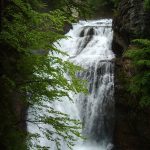 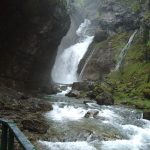 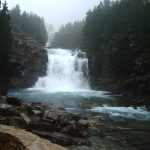 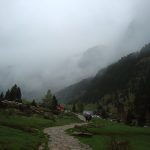 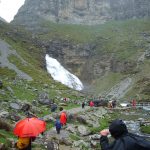 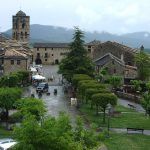 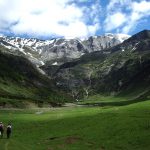 I didn’t realise just how long it’s been since I posted a blog until a friend complained a few days ago. No, we’re not dead; no, I haven’t got bored of writing it; we’ve just been sooo busy this year that we hardly seem to have had time to draw breath! So my apologies to anyone who’s missed it (there might be a second person I suppose!) and I promise to try to catch up; here’s the first installment.

Every so often, the walking club organises a holiday. This year it was to the canyons of the Spanish Pyrenees at the end of May, which sounded superb; a week of having nothing to do but look after myself and walk, so I signed up for it.

The scenery around the village of Torla, where we were staying was indeed spectacular and the hotel very comfortable. Everyone we came into contact with was lovely, bus driver, hotel staff and guides. The only slight fly in the ointment was the weather; while Britain had been basking in sunshine for the previous several weeks, we’d had nothing but continuous rain and it was no different in Spain.

We had walks organised most days, but for most of the week our sunhats and suncream stayed in our bags in the hotel as we made our way through spectacular scenery, up the sides of waterfalls, through forests and along beautiful valleys. Many of the waterfalls tumbling down the sides of the valleys should have been a mere trickle by now, but we had 3 guides to help us across them, they were running so fast and so deep. Sometimes you could barely hear yourself think between the noise of the water cascading down the rocks and that of the thunder overhead. We were pelted with hailstones and drenched with torrential rain, in spite of wearing cagoules with waterproof capes over the top. We did have one dry day, when the sun shone and we were able to appreciate the spectacular scenery. And on the day we visited the beautiful village of Aínsa, with its Roman church and medieval chateau, it only rained for the part of the day we spent outside! While we were in the natural history museum, it dried up.

But in spite of having to put our boots in the drying room every evening and being able to wring out our socks at the end of each walk, we had a great week. The bonus for me was being able to practice my Spanish with lots of native speakers, the guides, the hotel staff and shopkeepers in the village.

Back at the ranch, Nick had similar weather. His hopes of finishing the work around the terrace were completely scuppered as the rain filled up the excavated ground, leaving it looking like a moat. Instead, he got on with building the office in our house; once home, I got on with decorating it and we were soon able to move the computer in.

The Friday and Saturday of my week away were dry in Caupenne, so Nick took the camper to the Pyrenees and joined 800 other cyclists, following the lorry carrying the statue of the “géant du Tourmalet” to the top of the col and even managing to make a brief appearance on French television!