It was always going to be a busy week; Friday’s trip to Cap Breton for lunch with Alice’s grandparents; helping put a new roof on the lavoir in Caupenne on Saturday morning, followed by a lunch to thank all the volunteers. Nick then had to change clothes in the car on the way to the circuit, to help with the cycle club’s preparations for the Route du Sud (a big professional bike race) to finish there the following day; before heading out to a local fete for the evening. Dinner wasn’t served till 10.30, so it was 1am by the time we got home.

Nick was helping all day at the Route du Sud, starting at 7am. I’d spent Saturday afternoon cooking for the next week, and packing the campervan, (more later), and on Sunday morning walked with the club; the walk was followed by lunch under a huge gazebo on the roadside, so that we could cheer the cyclists as they passed en route to Nogaro. The biggest cheer was for a team Sky rider, on his own a couple of minutes behind the peloton. Perhaps the heat had got to him; it was far too hot for us, as the heatwave continued into its second week, with temperatures of 38-40°C in the shade.
Nick got home early evening, showered, changed and went off to the Pyrenees in the camper; he was about to embark on a week long introductory course in paragliding, his birthday present last year.
There were four men on the course; the first three days were spent learning about controlling the wing, launching it and the theory of landing, then practicing getting the wing airborne on nursery slopes. The days were long, starting at 8.30 or 9 each morning and continuing till 6pm. There was a lot to take in about the controls, safety measures, etc, and of course it was all in French. By the end of day 3, Nick was tired, bruised and not a little nervous about Thursday, his first actual flight.
I joined him on Wednesday evening, nicely in time to take some photos of the big event the following morning.
The weather was perfect; they went off up the mountain, all we at the landing site could do was watch and wait.
Nick was second off, gliding effortlessly (or so it appeared) over the treetops before landing inelegantly on his backside. The instructors at the launch and landing sites were in constant touch by radio with the students, giving directions and encouragement all the time.
I met three Frenchmen who were complaining that they’d been watching for three days now and were very disappointed that nobody had yet landed in the lake!
The course was in Val Louron, a beautiful setting in a peaceful valley, surrounded by mountains. There’s a spa nearby, so as they only flew in the mornings, when the thermals were best, I was able to go for a swim in the afternoon. It’s a great place, with Amerindian, Inca, Roman and Japanese baths; the Roman one includes an icy plunge pool, which I wouldn’t have ventured into had a friendly French woman not taken me under her wing and appointed herself my personal guide. The Japanese baths are interesting, a progression of pools at 33, 37 and 40°C; they are outdoors and must be fantastic in the winter, amidst snow covered mountains, the steam rising from the water’s surface. There’s also a musical pool, where, when you put your head under the water, you can listen to relaxing music.
Friday morning dawned grey; there was heavy low cloud on the surrounding hills, making it impossible to fly until about 11 o’clock. They were supposed to take off from higher up, then circle above the lake, before landing in the opposite direction to the previous day; but that wasn’t possible, they’d have to take the same route as the previous day.
Finally the cloud started to lift; Nick was first off this time, but visibility at the take off area was almost nil as he ran down the hillside to get airborne. He said it felt quite surreal, stepping out into nothingness, and was very relieved when he could pick out the swimming pool below.
This time he made a perfect landing, a good ending to the week.
Having taken all the photos I could, I set off for home in the camper; Nick was going to a bonsai club dinner that evening and wasn’t sure where he could park the camper in Mont de Marsan. I needed to be home in time to go to an open mic night in Marciac with friends.
It was 1am when we both got home, shattered, but having had a very memorable and enjoyable week. Now we really must get back to work on the house. 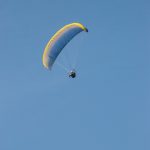 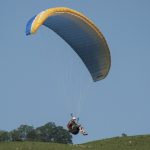 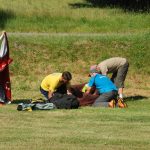 Packing up a kite 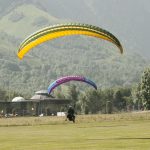 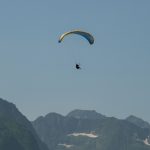 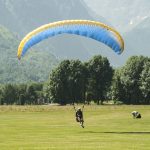 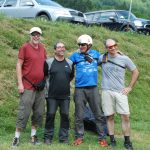 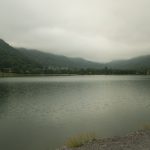 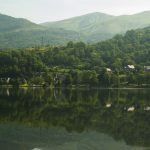 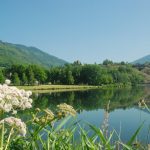 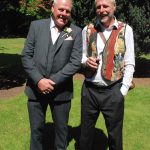 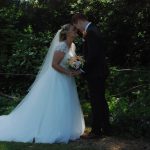 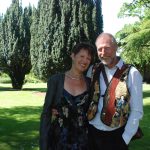 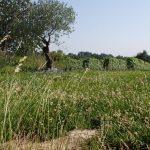 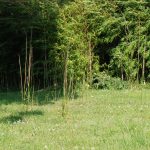 At the end of May, it was time for the biennial bike ride from Bordeaux to Sete. Several mebers of the Nogaro club were doing it, including Nick; but what was different this time was that he and another equally crazy cyclist, Francis, decided to do the return trip to Nogaro by bike as well.

After four days’ hard cycling in unseasonally hot weather, they arrived in Sete and as everyone else piled into cars and vans to head for home, our two intrepid madmen turned their bikes around, donned rucksacks containing essentials for the return journey, and pedalled off into the sunset. 25km towards the setting sun, to be precise, to where Nick had booked accommodation for the night.

The next day they had a following wind and were able to keep up a steady 45-50 kph most of the day, covering around 200km by late afternoon, so they cancelled the next two hotels, found somewhere to stay for the night and had a mere 160km to do the following day.

Once home, Nick didn’t have time to rest as we were going back to Yorkshire for the wedding of our nephew, Dan, to the lovely Claire.The weather was beautiful on the wedding day and the venue, the Parsonage, near York, was superb; it was good the have the chance to catch up with Nick’s brother and his family.

We told very few people we were going back, in theory to give us chance to recharge our batteries, but these things never work out in practice and we still ended up with a hectic schedule, which included visiting as many Oxfam book shops as we could find; I don’t really know why, as we rarely seem to find the time to sit down and read. One day, perhaps……  It was great to see the family again, even if we’d forgotten how cold it can be in Harrogate in June.

No such weather problems here in our absence; it was perfect growing weather, warm, with frequent bouts of rain. The result was that we arrived home to a garden overrun with weeds and new stems of bamboo in the park that had reached 6 feet tall in our absence. As for the strawberry bed……  well, suffice it to say that it took some time to find the strawberries beneath the bindweed.

It’s hot now, so we get up early and spend the mornings in the garden, before retreating indoors for the rest of the day, or visiting a friend who has a pool. Ours is a swamp at the moment, Nick not having had time to sort it out yet this year; another task to add to the ever-growing list.