Apart from lots of cycling and masses of gardening, we managed a few short breaks in the camper van last summer. We went to Spain a few times, to the Pyrenees and to the coast, depending on where the weather looked best. We spent a weekend in Arreau, in the mountains, when a big, organised walk was being held, meeting up with the rest of the walking club. At the end of the Saturday night meal, for several hundred walkers from all over France, someone came over to our table, commenting that they could surely find some armagnac here……. but nobody had thought to bring any! Until we remembered that we had a little bottle in the camper, which saved the day!

Gemma was going to Harrogate in July for her friend’s wedding, so she came to stay with us for a couple of weeks first. We had a great time, cycling, eating out and generally enjoying life; the house felt very quiet and empty when she left.

After 18 months’ work, Artie’s quilt was finally complete; the design had been a closely guarded secret, from Kieran and Alice at least and was a great surprise. Kieran’s first question, of course, was whether the QR code works, and I was very pleased to be able to reply that it does.

One job we wanted to get done last year was to lay a drive behind the house and parking between the garage and the cabanon. A friend recommended Monsieur T, so we went to see him, bought a load of stone for around the terrace and the olive tree and asked about the drive. No problem; he’d deliver the stone and has two friends, one with a digger, to take away to top layer of soil, the other with a steam roller to level the stone. He could have it done by June 15th. We now know better than to believe such predictions and promises; he delivered the first lorry load in June, but we didn’t see him again till November. But it was done, ready for winter, so no problem!

We also built a greenhouse for the lemon trees to spend the winter in and Nick built a wall between the house and cabanon, to cut down the wind from the west. He built it using old roofing tiles, of which a large part of our house is built, so it’s in keeping. The gate is made of some of the very few sound planks from what was the upstairs floor in the barn, so it’s almost completely made from recycled materials! 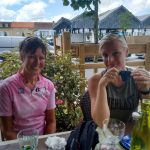 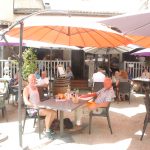 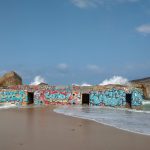 A visit to Cap Breton 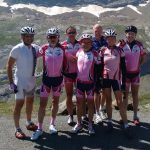 A ride in the mountains 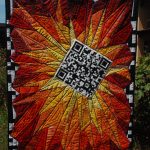 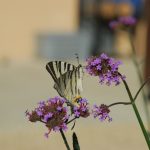 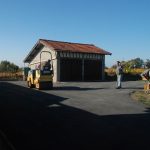 A drive behind the house 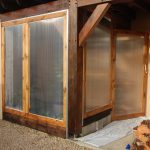 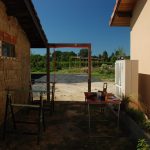 Start of the wall 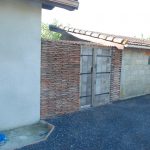 Still needs pointing, but one day….