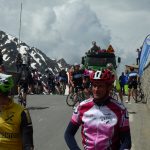 Tourmalet with the giant 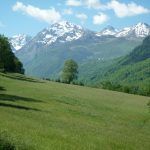 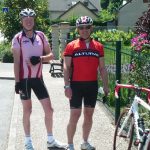 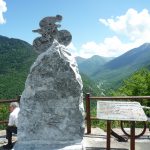 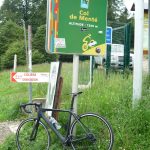 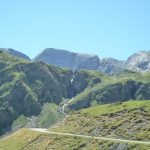 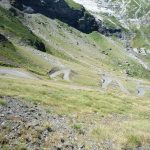 Some of the 31 hairpins on the Cirque de Troumousse 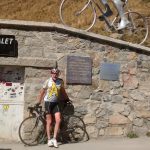 Solo trip up the Tourmalet 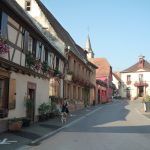 Trip to the Vosges ,Beblenheim 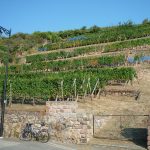 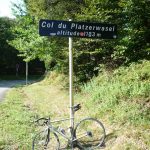 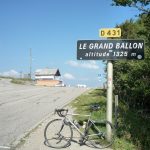 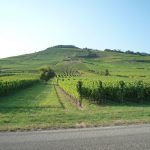 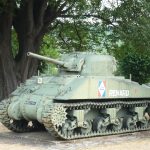 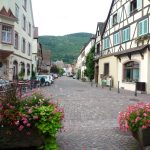 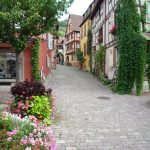 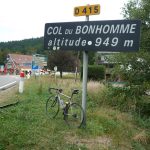 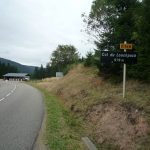 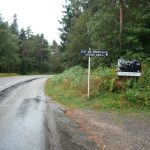 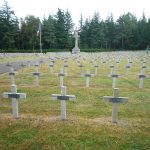 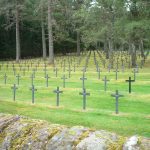 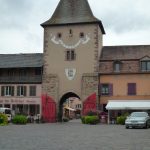 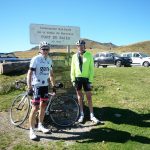 A ride with Wayne

In spite of repeated assertions that he’s hardly been out on his bike this year, Nick has clocked up a fair few kilometres.

It started back in April, when he got back on the bike properly after his accident, with a week’s trip to Majorca with Ian and Andrew; 600km. Another few weeks off after having the pins removed from his ankle, and it was time for the big trip up the Col de Tourmalet, with hundreds of other cyclists, accompanying the Geant du Tourmalet statue up the col to its summer home. A long weekend soon afterwards with Andrew and Ian saw them take in five cols and 8300m of climbing over 330km in the Pyrenees.

Then there was the morning I woke to find a note; “gone for a ride – heading south – at least 6 hours”. He’d left at 7.30am and phoned at 11.30 to say he was in Bagneres de Bigorre, in the foothills of the Pyrenees, was “going strong for the top” to quote Hillary and Irvine, so it would be rude not to go on to do the Tourmalet. Fortunately his trip had a happier ending than the ill fated Everest ascent and he got home at 7.30pm, having done 240km in the day as well as the Tourmalet (a savage climb of 29km, for those who don’t know it).

While I was at the patchwork show in Ste Marie aux Mines, Nick was exploring new territory; he’s long wanted to cycle in the Vosges, so this was a perfect opportunity, not to mention probably the only reason he agreed to drive 1100km each way so I could go to a patchwork show. The first day he’d planned a 130km route to take in 4 cols, including le petit ballon and le grand ballon; but on arriving at the summit of le petit ballon, he found that the road marked on the map for his descent didn’t exist, it simply petered out on the top, into trails and footpaths. So back the way he’d come up and find a new route back to Colmar; he ended up doing 170km that day. Day 2 was a gentler, more touristy ride, calling in to pretty villages with German sounding names and stopping to look at the French and German WW1 military cemeteries on either side of the border that runs along the ridge top; a mere 120km.

Since then he’s met Wayne, a New Zealand cyclist who has moved here, but with limited French. I don’t know how the Nogaro pharmacist had heard that he was looking for someone to ride with, but she mentioned it to our friend Jacques, who phoned Nick with Wayne’s number and a request to contact him. They’re well matched, both equally keen on the mountains and have had several trips to ride various cols before the winter weather sets in.

In all, he’s covered 6265km and ridden 39 cold so far this year; not bad, considering he couldn’t start till March.